Finding fish is easier than ever with STRIKER 5dv fishfinder. Mark and return to your hot spots, slipways and docks. You also can share your favourite waypoints and routes with other STRIKER and echoMAP™ combos. Plus, it has a built-in flasher and displays speed data. Includes tilt/swivel mount, CHIRP (77/200 kHz) sonar transducer with transom and trolling motor mounting hardware and cable.

Experience the Clarity of CHIRP

STRIKER 5dv includes a Garmin CHIRP (77/200 kHz) transducer, which provides a visibly higher level of clarity and detail for fish and structure than traditional 77/200 kHz transducers.

Instead of sending just 1 single frequency, CHIRP sends a continuous sweep of frequencies, ranging from low to high, then interprets them individually upon their return. Since the frequencies provide a wider range of information, CHIRP sonar technology can create crisper fish arches with greater target separation. 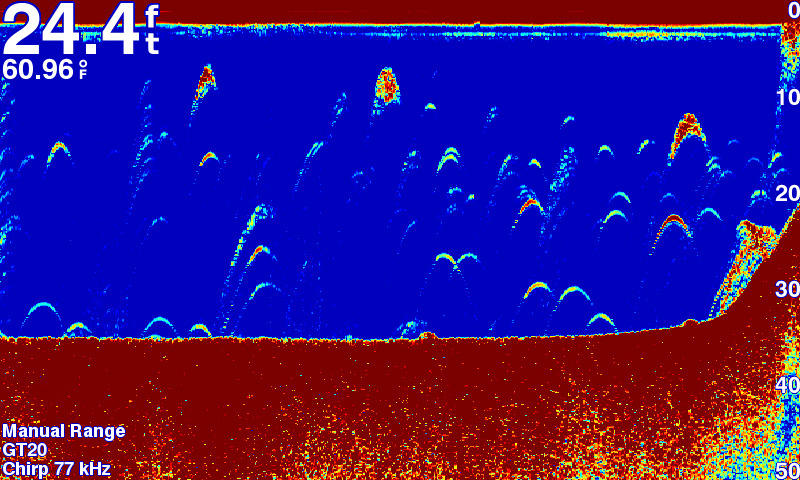 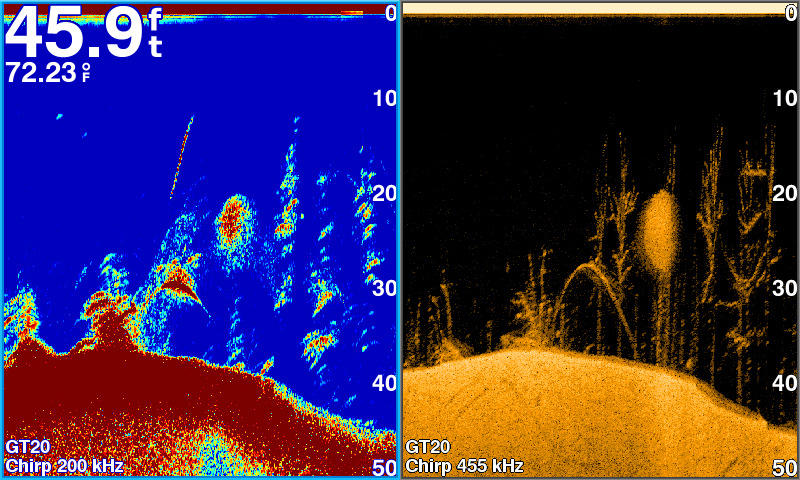 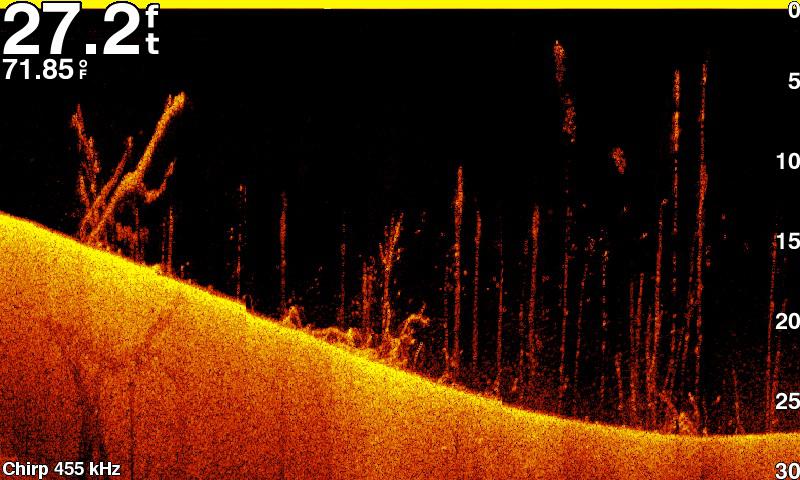 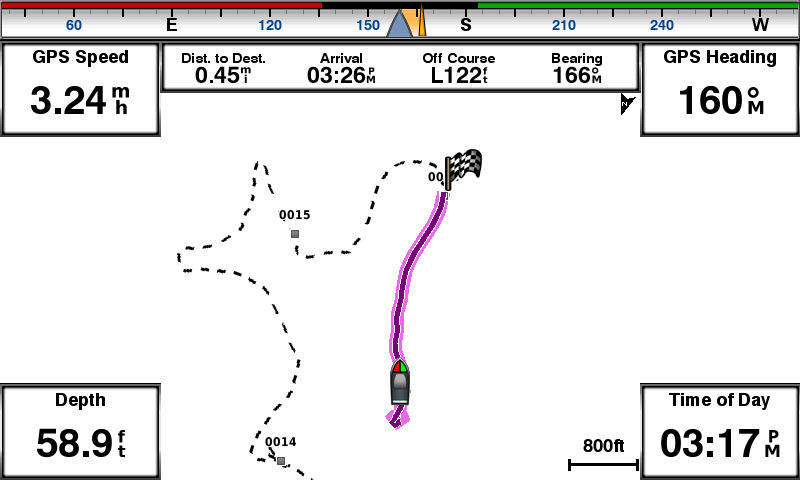 Unlike regular fishfinders, STRIKER fishfinders have built-in, high-sensitivity GPS to locate your current position quickly and precisely, then maintain your GPS location anywhere you go on the lake. More importantly, they allow you to mark spots where the fish are biting so you can return to them again in the future. You also can mark docks, slipways and other locations. Just follow the path created on your screen to return to them whenever you wish. 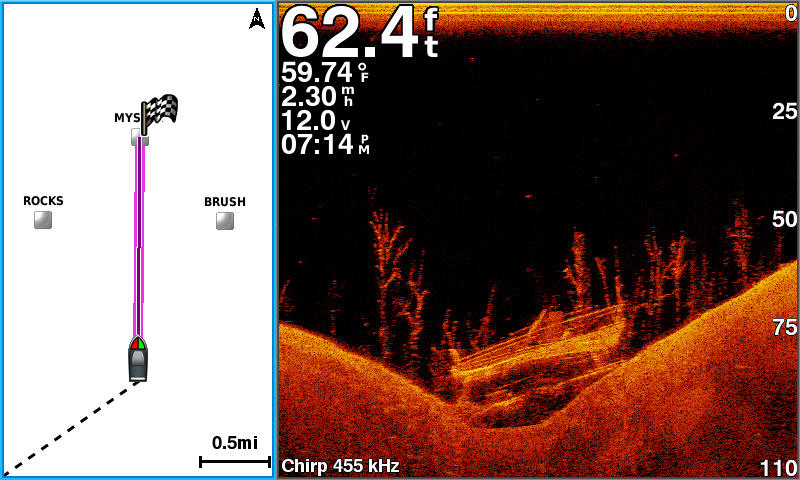 Since the STRIKER fishfinder series includes high-sensitivity GPS, you can see your position in relation to waypoints you have marked. Use the waypoint map to easily view, mark and navigate to locations such as brush piles, stumps and docks. It’s also a great tool for finding your way back to the slipway.

Check Your Speed on Screen

You can quickly and easily see your boat’s speed on the screen of your STRIKER fishfinder. It’s a great tool to make sure you are trolling at the right speed for the lure you’re using and for a particular fish species. It’s also a good way to tell if you are going the right speed in wake-controlled areas. 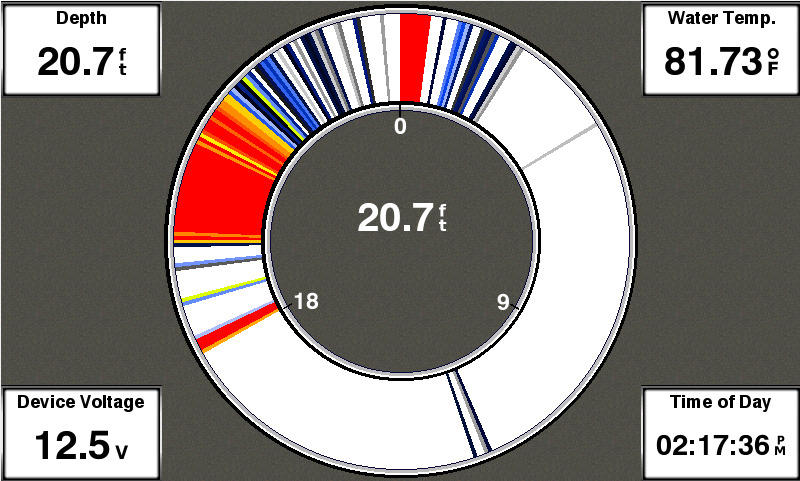 STRIKER provides you with both a fishfinder and flasher all in 1 unit. Anytime you are stationary fishing, such as ice fishing or jigging for crappie, the built-in flasher will show you the bottom, whether it is solid or muddy, your jig or weighted bait and the depth of fish as they swim into the sonar beam. You can even watch how high your jig is being lifted and dropped and whether fish move toward or away from it.

A portable kit is available to protect and carry your STRIKER fishfinder with GPS, so it’s perfect for kayak, canoe or ice fishing. It includes a sealed, rechargeable battery with charger, built-in transducer cable management and storage and suction cup transducer mount and float.

*Depth capacity is dependent on water bottom type and other water conditions.