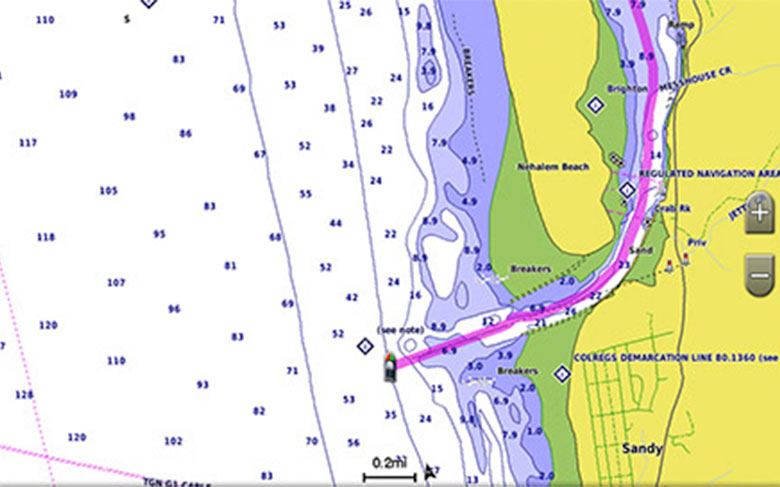 This exceptional shading feature combines color and shadow to give you an easy-to-interpret view of bottom profile, making it easy to find artificial reefs, underwater shelves and more. 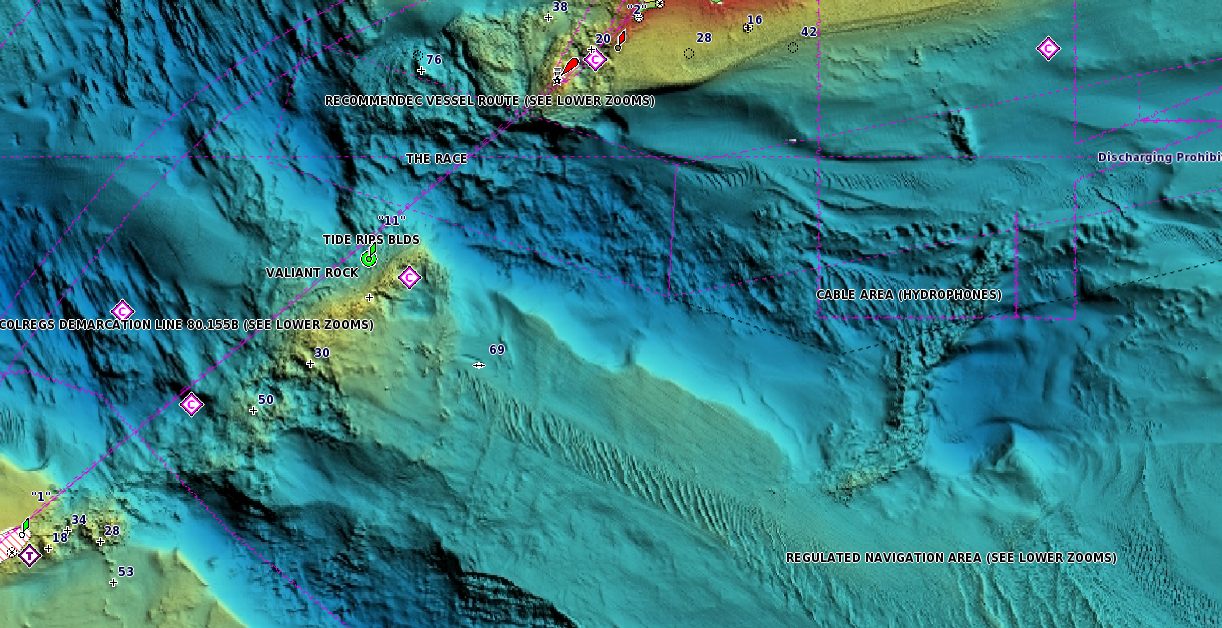 This feature displays high-resolution Depth Range Shading for up to 10 depth ranges so you can view your designated target depth. 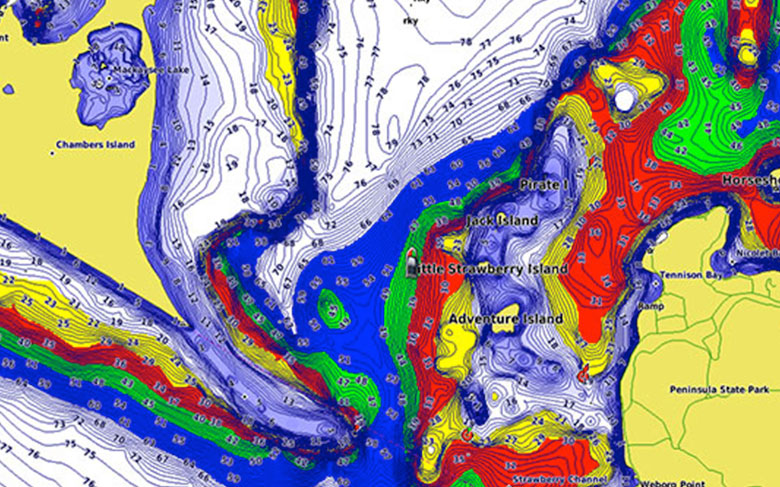 To give a clear picture of shallow waters to avoid, this feature allows for shading at a user-defined depth. 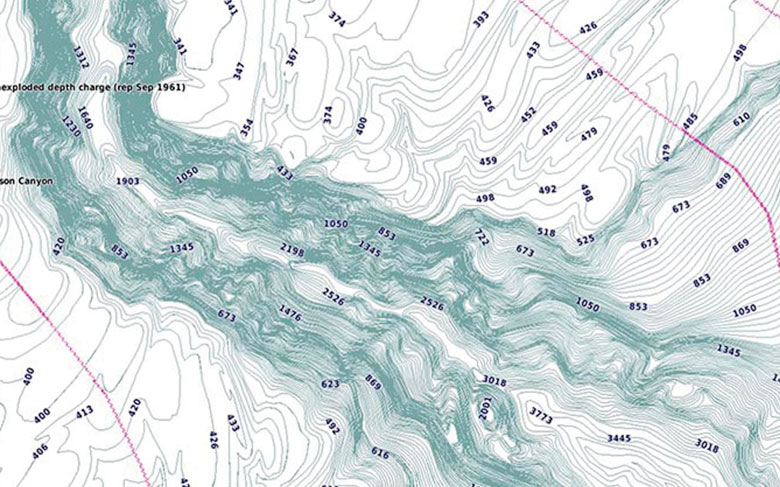 High-resolution satellite imagery with navigational charts overlaid gives you a realistic view of your surroundings. It’s our most realistic charting display in a chartplotter — ideal for entering unfamiliar harbors or ports. 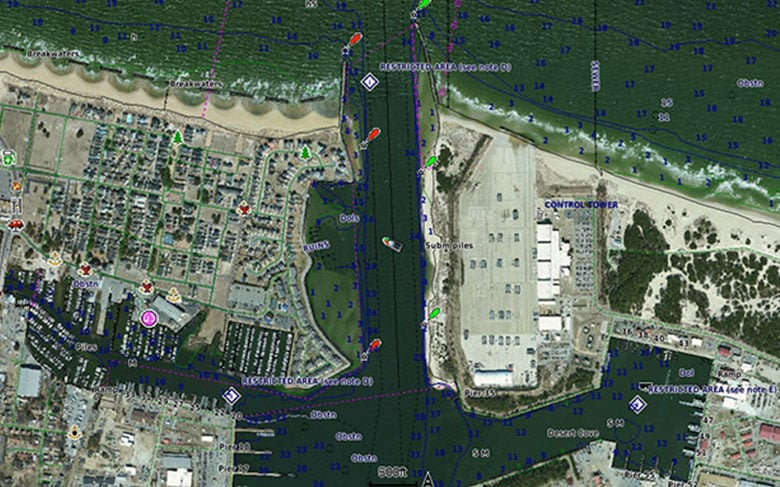 This underwater perspective shows 3-D representation of bottom and contours as seen from below the waterline. Interface with sonar data for a customized view. 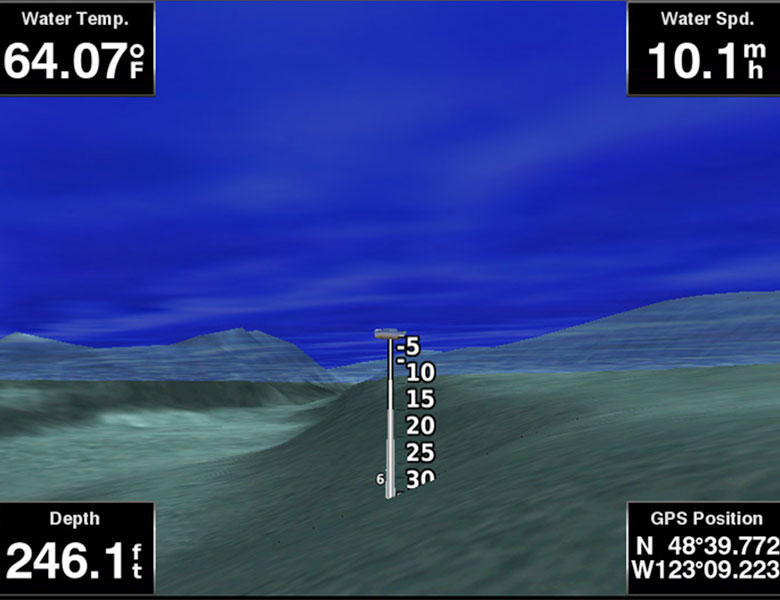 This view provides a 3-D representation of the surrounding area both above and below the waterline. 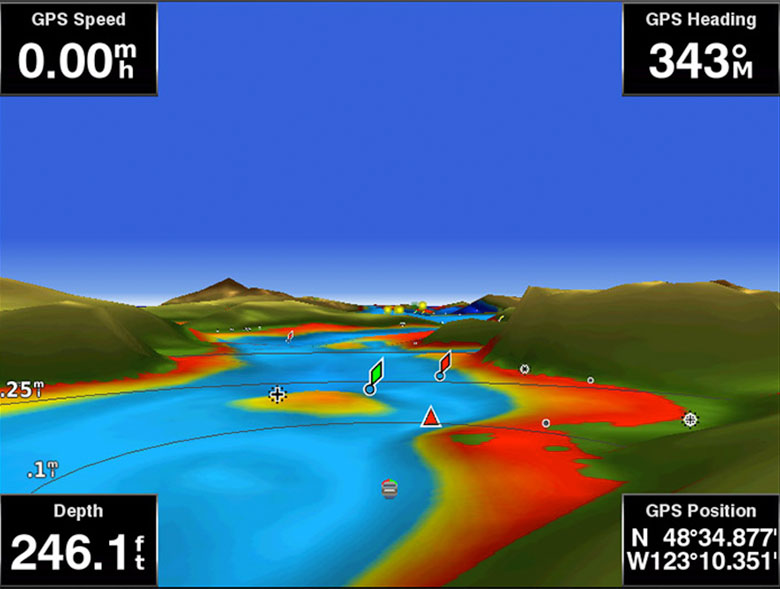 Crystal-clear aerial photography shows exceptional detail of many ports, harbors and marinas and is ideal when entering unfamiliar ports. 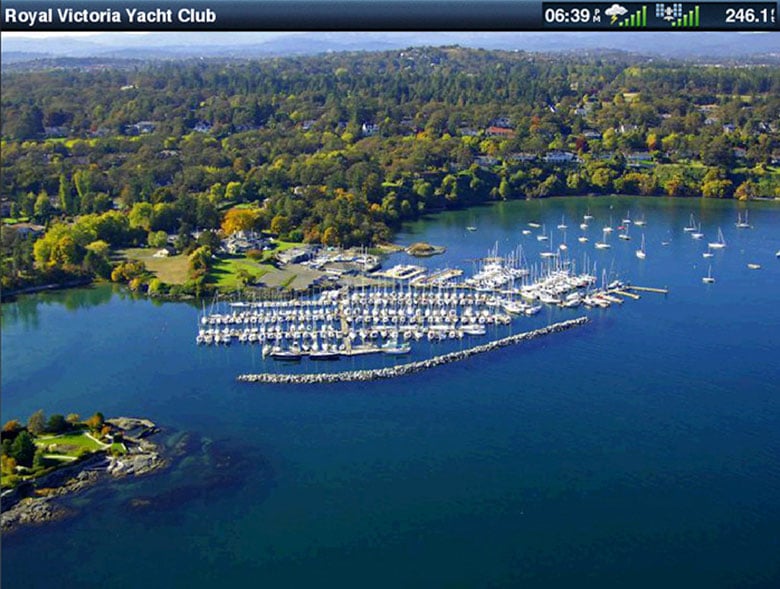 The file size of this download and space required on your microSD™/SD™ card is 13.22 GB. It is not recommended that this download be loaded directly to your device. It only can be loaded to a prepared or blank microSD/SD card (recycled microSD cards may be used to program map data).

¹Auto Guidance is for planning purposes only and does not replace safe navigation operations
²Raster cartography is available for selected countires. It cannot be viewed on echoMAP CHIRP and ECHOMAP Plus combos but can be viewed on mobile devices via the ActiveCaptain mobile app

Detailed offshore coastal coverage of the Mediterranean Sea, the Black Sea and the Iberian Peninsula.  Coverage features the Strait of Gibraltar, the Balearic Islands, the French Riviera, Corsica, Sardinia, Sicily, the Adriatic Sea, the Greek Islands, the Aegean Sea, the Dardanelles and Bosporus straits, the Sea of Azov, the Dneiper River to the Belarus/Ukraine border, the Sea of Marmara, Cyprus, the Suez Canal, Tripoli and Algiers Harbors, the Gulfs of Gabès and Tunisia, and selected inland waters. Also details the Atlantic side of the Iberian Peninsula from the Canary Islands to the Bay of Biscay including the Gulf of Cadiz, the Portugese coast, the Gulf of Gascogne, and the Madeira and Azores Islands.